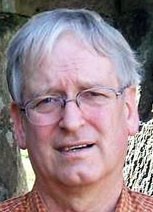 I got to know David Hartley initially on visits to Liberal Democrat meetings in Walsall and the Black Country, but more recently when he joined the West Midlands Executive Committee. Here I began to understand how much David had to offer and what a steady, reliable pair of hands he offered, willingly -- always able to steer us towards useful, meaningful conclusions.

As Local Party Chair he took on a role, often seen as less glamorous and centred about sorting out the nitty gritty and the proper running of AGMs and party functioning. He was brilliant at this. Left to get on with it he started sorting out issues that had previously been considered intractable.

His quiet, unassuming manner was very good where tensions were fraught. He could bring about reconciliation and mediate with aplomb. I was hugely grateful to him for these interventions and the lack of fuss associated with his involvement.

David was in some ways the antithesis of modern cultural norms. Understated, undersold, perhaps shockingly easy to overlook – he did not ‘go on about himself’ ‘big himself up’, ‘expect attention’, but when asked, he would deliver without hesitation and without fuss.

He was a great asset to the party. Someone I came to rely on heavily and I am personally very grateful to him for his tremendous contribution.

He will be sorely missed by me and by those colleagues he worked with.

Thank you David for all you did for us in the West Midlands. I am deeply saddened and shocked to hear about your illness, one you never mentioned and I am so sorry to hear this news. I send my very best wishes and very sincere sympathies to your family and want them to know how much you will be missed. RIP and thank you again for all you did.

David was one of those amazing characters that our party throws up every now and again. He was quiet and self-deprecating on the outside but full of passions and hidden depths that made him such a delightful colleague.

He came into my small world in a gentle eddy as the chair of Walsall Local Party when we had the shared task of finding a suitable candidate for one of his seats, the far-from-promising Walsall South at the last General Election in 2017. He produced Isabelle Parasram, who immediately agreed to duck out of her barrister practice in London and lit up the regional campaign.

That in a way sums up David. He knew his way around the party and he had contacts in many surprising places across Europe and the Middle East.

Only a few weeks ago he agreed to act as deputy chair of the regional candidates committee and we started making plans to split the workload of finding more than fifty candidates for the next election (whenever it comes).

David’s career was unconventional. Initially I thought he was a retired solicitor. Well, he was but much more besides. For example, when we reminisced about his days in Strathclyde University, where he taught psychology, we were able to swap yarns about life in Cumbernauld, the grim new town to the east of Glasgow.

While I could only bemoan the population density, he reflected on the area’s Roman origins and the Antonine Wall!  He was a scholar and as others attest, a gentleman.

After leaving Nottingham High School in 1962, David went to Oxford’s Hertford College where amongst other things; he was a member of the rowing club…and of course Oxford University Liberal Club.                                    He then spent four years at Harvard, reading experimental psychology and became an associate member of Sigma Xi, the elite honour society for scientists and engineers.

He returned to Nottingham in 1970 and spent three years as a lecturer before moving to Strathclyde. It was there he decided to change horses, left academia and for five years was an articled clerk before rising to partner in the practice.

Three years later, he set up his own high-street legal practice and for six years he was a one-man force in Family Law and Employment Law.

The lure of university life became too strong and in 1991 he returned…as a senior lecturer in the School of Law at what became Birmingham City University. He wad then appointed Programme Director in International Human Rights Law.

Somewhere along the way, he learned to speak Ancient Greek, Latin, Italian and French.

Walsall LP secretary Carol Fletcher adds: “David had been a member for quite some time, yet no one had noticed him. It was at one of our AGMs that David stood out from the crowd for me as he was a cut above the rest,

He was a gentleman and…knew his stuff about Europe. I was extremely impressed by his knowledge and could have listened to him all day. He was a great ambassador for us and we were so proud he was one of ours.”