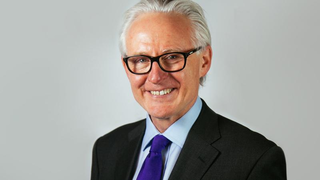 Rugby Liberal Democrats invite you to 'An Evening with the Rt Hon Norman Lamb MP', Chair of the West Midlands Combined Authority on Mental Health.

Norman Lamb is the current Lib Dem MP for North Norfolk. He stood against Tim Farron in the July 2015 Lib Dem leadership contest and his supporters were known as 'Norm Troopers'. He is a long-standing Norwich City supporter and season-ticket holder.

Norman is one of Britain's most tireless mental health campaigners. As Minister of State for Care and Support in the Department for Health in the Coalition Government, he was influential in ensuring that the Government introduced the first ever access rights and maximum waiting time standards in mental health.

He has talked openly about his sister's suicide and his son's mental health problems as well as recently calling on Theresa May to make sure that mental health does not get drowned out by Brexit and the wider chaos that has engulfed our political system.

Norman will talk about his role as the Chair of the West Midlands Combined Authority on Mental Health and give us his perspective on Westminster in addition to wider issues around health and care services.

We hope you can join us for what we anticipate will be a fascinating and insightful evening.