Jock Gallagher on on Charles Kennedy

West Midlands Regional President Jock Gallagher offers his own personal reflection and tribute to the Former Leader of the Liberal Democrats, Charles Kennedy, who died suddenly this week.

"Charles was one of the nicest men in politics.

He was also shrewd. He knew the importance of the parliamentary candidate as the natural leader of constituency parties. When I was chair of the PCA, he was the ex officio president. He asked me to drop into his Westminster office in the run-up to the 2005 General Election. "I want you to look after our candidates," he said. "We need to feed their souls...make them realise they are the front-line of Liberal Democracy." And he readily lent a hand. We instigated Meet-the-Leader sessions in his office and at conferences. Every six weeks he would play host and quiz master as a dozen or so PPCs from all around the country crammed into his small lair to deliver the intelligence on  how party policy was playing at the grass roots. He also persuaded the parliamentary party to allow key candidates to sit in - and take part - in their weekly sessions to get the feel of Westminster at work. His reward was the highest number of Liberal Democrats since 1923. 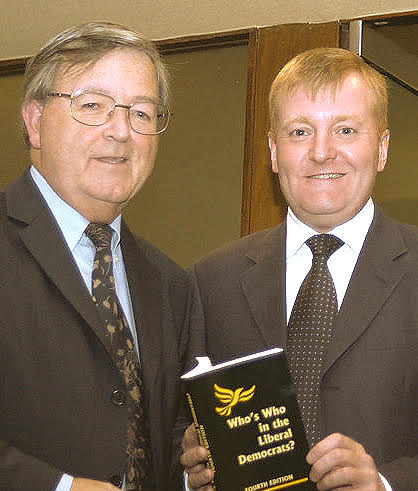 He had earned the respect of his candidates - and the country - when he alone of the party leaders opposed the war in Iraq in 2003 and he again showed is steely principles when alone among his Westminster colleagues, he voted against joining the Coalition. History will determine whether or not he was right.

I last saw Charles in Glasgow when he kindly helped me launch a book last year. He was in exuberant mood ready to take on the SNP in the Referendum campaign and ready to do battle to ensure the UK remained part of the EU. Although he gave the impression of being a genial man-of-the-people, he was also a politician to his fingertips.