Details and nomination papers for elections to the Regional Exec, Conference timings and agenda and how to book, will follow - but in the meantime please make a note of the date.

After a bruising general election result last week despite a fantastic campaign by a host of amazing PPCs across the West Midlands, we want to take some time to hear from all our members, new and old, on how we can do better as a region. 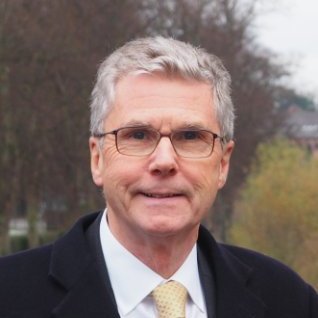 Posted by Philip How | Updated 2019-09-11
Phil Bennion MEP has organised a trip to the EU Parliament over 8th to 10th October.
The purpose of the trip is to:
The itinerary is as follows:
Tuesday 8th October
Wednesday 9th October
Thursday 10 th October

Breakfast at the hotel

Cost: £200 per person to include coach travel and two nights accommodation (this is based on 50 people and already takes into account the Parliamentary subsidy)
The date we have booked to visit the Parliament is during a mini plenary session, so there will be action to see and Brussels will be busy, which is good for our objectives. The downside is hotels are booked up and expensive.
However, we have managed through a travel company to get a reasonable deal, which when using Phil’s sponsored places has reduced the cost for everyone. We have approached the Greens but they have already used their spaces. The good news though is they are bringing a group of young people on the same date and we should be able to link up with them on the Tuesday evening and Wednesday morning. A concert is organised for Tuesday evening and we are hoping to hold a mini rally in Brussels with members of Pro Europa who are UK citizens in the EU.
If we can reduce the cost further we will but we now need to make payments to secure the hotel. The booking needs to be made through Rondo travel. Please, can you make sure anyone booking also informs me. Ignore the cut off date of 9th September. If anyone is travelling singly but ok with sharing a room I will match them up with a partner of the same gender. So they should not tick the single supplement or pay extra but let me know they are willing to share.
If anyone has any ideas on how we can make a lot of noise / maximise publicity please let me know! If anyone plays an instrument that could be a start.

The Liberal Democrats in the West Midlands have returned an MEP to the EU, following an increase in vote share in the region. Former, and returning MEP, Phil Bennion, said:

"This is a fantastic result in the West Midlands, following a successful local election campaign that gave us our biggest ever gains. We appreciate everyone who voted for us - you have all played a part in building our country up, instead of backing others who want to knock it down. I also thank my fellow candidates and the whole campaign team who did an amazing job.

"I can guarantee I will turn up to the European Parliament to do the job I was elected to do; I'm not sure this is a guarantee all newly-elected MEPs can make. I will actively work on bettering the lives of the people in the UK and Europe.

"My priorities are clear - that we tackle the climate emergency. Public services and jobs will be improved and - if we can stop brexit - they will be protected. Supporting sustainable farming, balancing data & security with civil liberties and tackling crime are all things we can do better, now that Liberal Democrats have more seats at the table in the EU.

"The people have voted on a clear mandate - that a vote for the Lib Dems is a vote to Stop Brexit, and work with our European colleagues to tackle the big challenges of our time." 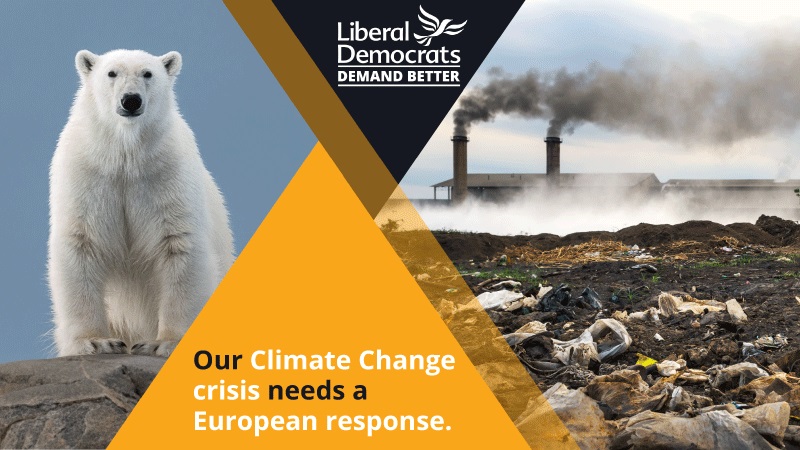 Best ever gains in local elections

The Liberal Democrats have secured the highest gains for the Party in local elections, that were held on May 2.

Gaining over 700 Lib Dem councillors nationally, May 2019 delivered the highest number of gains in the history of the Party. With an increase of 30 councillors in the West Midlands, the region accounts for 5% of the increase, with an increase in vote share for areas we didn't win this time.

These significant results are bolstered by taking control of Town councils in Stratford and Ross-on-Wye and many more Lib Dems being elected to Parish councils too.

“Standing up for local people by building our council base is what the Lib Dems are proud to be known for. Many people have told us they are very upset with the tired and split Conservative and Labour parties, and it's time for something different.

"I'm looking forward to representing the great people of Malvern and showing them that electing Lib Dems gets things done!"

"This is a great set of results for the Liberal Democrats and a fantastic springboard for the EU Elections on May 23.

"Having been part of the Liberal Democrat team in Europe and personally leading on important issues in the European Parliament, I realise how important it is to have Lib Dems in the EU. We change people's lives for the better, which we will continue to do in the areas that have elected Lib Dem councillors.

"The West Midlands deserves better and with the Lib Dems leading the charge for remain, we can deliver better for the people of our fantastic region.

"Every vote for the Liberal Democrats is a vote to Stop Brexit." 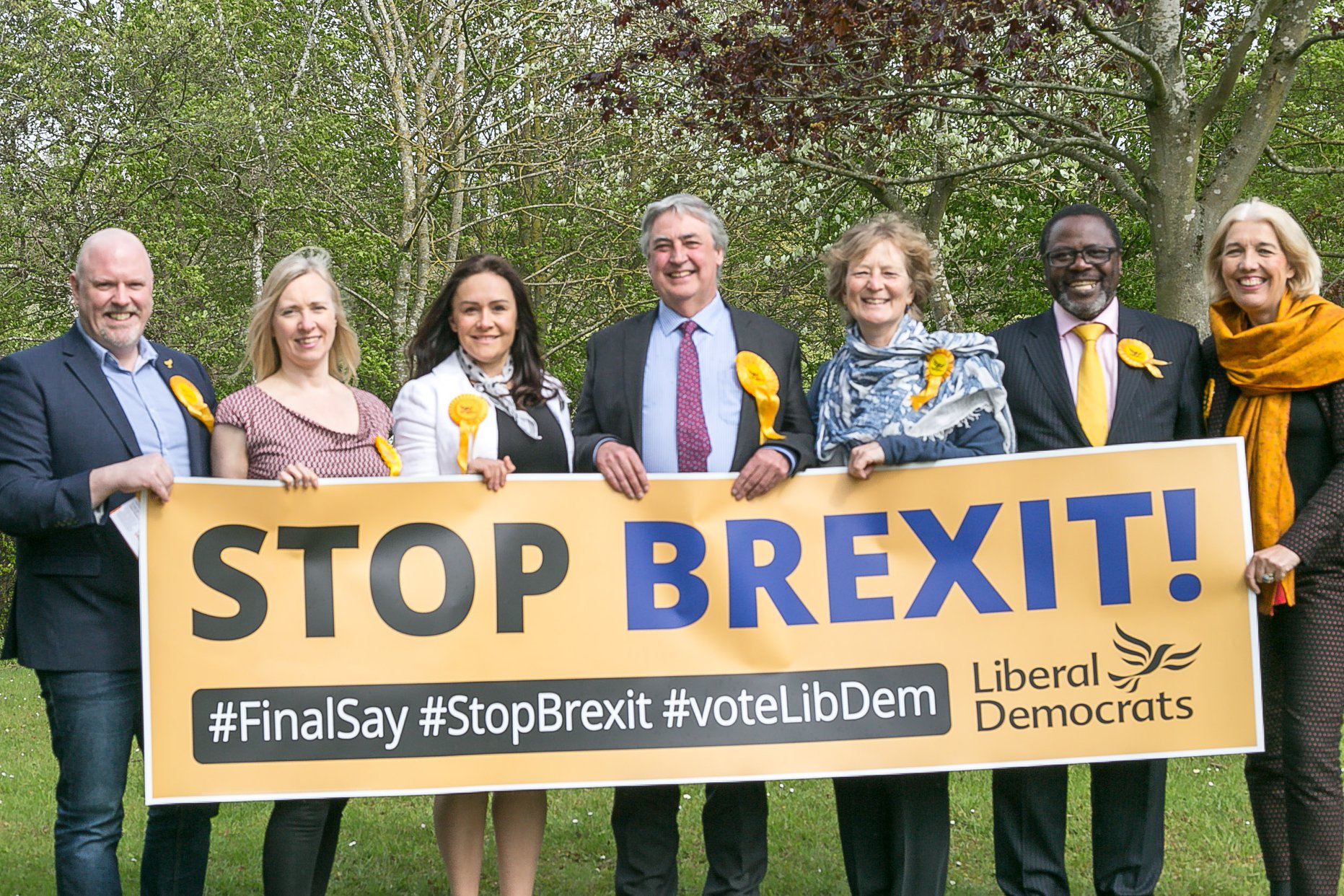 We are happy to announce our 7 candidates for the EU Parliament elections on the 23rd May 2019:

Our West Midlands Euro Candidates are:

More details about our candidates can be found here.

The results of the 2019 Exec elections are as follows: 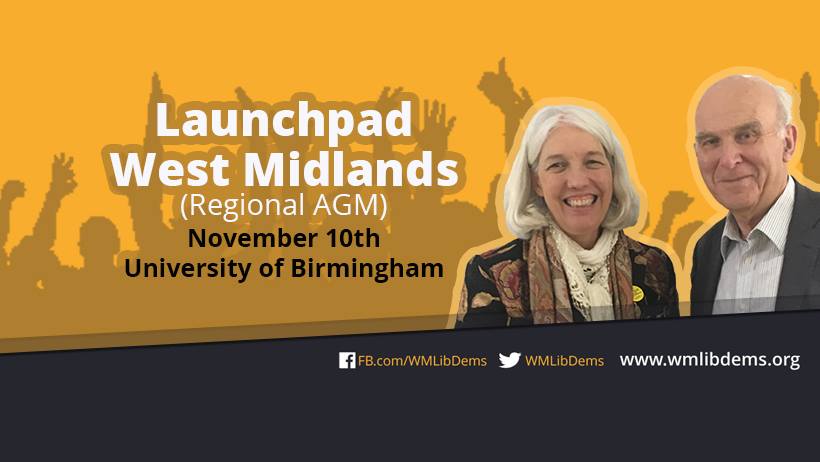 Your Regional Conference Committee have adopted a fresh approach this year, planning an innovative, interactive day for participants in our first Launchpad event in the West Midlands. Working closely with Your Liberal Britain, we are giving you the chance to formulate and develop your own forward-thinking policy ideas, providing you with the tools you need to fight Brexit and giving you the chance to question influential figures from across the Region. Alongside the Regional AGM, awards and training sessions, we aim to provide a range of informative sessions, offering something for everyone.